This Christmas I went back to my home country to spend some holiday time with my family. My mom complained that her tablet (aka my ancient tablet from 2013) was too slow and she was not able to play her games. I bought her a new one and took my old Asus Memo Pad Smart 10 back to Amsterdam.

After all, despite being old and not good enough for properly playing games, it still performs well at playing movies, checking emails and doing some casual Web browsing. Suffice to say, I had plans for it: I wanted to tweak it a little bit and install Magisk so that I had the freedom to ran all the apps I wanted. For more information about what that means, look at this page. 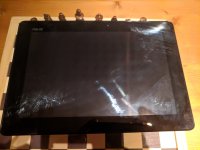 First thing first: the device was running Android 4.2.1. That is quite old, but luckily, some developers on XDA came up with a custom ROM. Scanno did a great job into creating an Android 4.4 ROM while lj50036 provided the community with an Android 5.1 ROM. These two ROMs are working perfectly, but that was not enough for what I had in mind. I wanted to use Magisk and therefore I needed some kernel-level customizations. At the beginning I went straight for the kernel provided by Asus, but it did not really work out for me, so I decided to learn how to build the OmniROM image from scratch, to get a better idea of what kernel to use (and alter).

So in this article, I am gonna discuss how to compile Android OmniROM on Gentoo and at the same time, how to make kernel customizations.

The reason why the kernel shipped with the aforementioned OmniROM images was not working for me is that the kernel version is 3.1.10, not enough to support Magisk. Magisk requires mount_namespace that is only available from Kernel 3.8. Luckily, this is not an insurmountable problem as pointed out on this XDA forum post. More details in the Kernel patching section. Let's proceed with setting up the environment and continue with the compilation of the ROM.

I was already prepared to do cross-compiling by setting my ARCH, SUBARCH and CROSS_COMPILE env variables when I figure out that there is a cooler way of doing that. A set of scripts are provided by Android. On top of that, OmniROM has a, now deprecated, page on how to set up your compile environment at the old OmniROM documentation page. Given that I am building an Android 5 image for a device with almost 6 years of life, documentation deprecation is not gonna be a problem.

To compile the OmniROM for your device, you need to have the right version of Java. Refer to the Android requirements page for more information. In my case, for Lollipop, I needed Java 7.

Unfortunately, Gentoo dropped the support for Java 7 in December 2017. Suffice to say, there was no overlay with a working Java 7 ebuild. Bubba has an ebuild for the binary version of icedtea, but it did not work for me. I ended up creating a small local overlay and copying the original ebuild (along with the files) for icedtea-bin-7.2.6.11 from the Gentoo repository.

Also, make sure that your Python interpreter is 2.x

Setting up the compiling environment

Although everything is specified in the original post from OmniROM and re-published on XDA as well, I am gonna briefly describe them here as well. After all, it is better to have some redundancy, right? :)

Of course, there are some small customizations along the way.

Note: Find a partition with a lot of free space cause once you build, the output will occupy roughly 100G.

Et Voilà, after around 150 minutes (depending to your hardware) you will find a nice zip file containing your ROM. 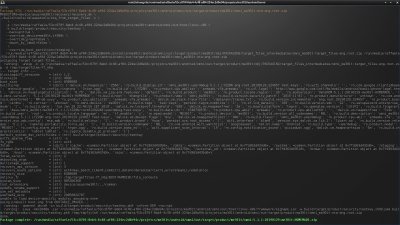 You can keep following the tutorial on XDA on how to flash the ROM to your device and check it out.

I will try to upload the image on androidfileshost, but for the time being you can download it here if you want to try: https://www.rafspiny.eu/files/me301t/

In the picture below you can see my version of the kernel and ROM being in execution on the device. 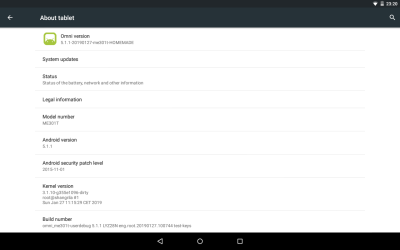 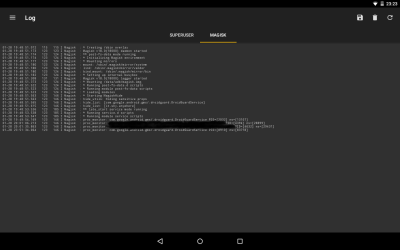 If you forgot to export LC_ALL you will end up getting the following error:

It is due to locale, as described here: https://stackoverflow.com/questions/49301627/android-7-1-2-armv7 Please make sure to export the variable with

If you encounter problems download the android_system_core repo after the changed the ref from android-5.1 to the commit_id, try to do the following: